Jatropha curcas, popularly known as jatropha, is considered one of the most suitable plants to be used in the production of biodiesel. Additionally, there are several reports in the literature regarding jatropha biological activity, especially the tumor promoting effect of phorbol esters has been observed. But, anti-malarial activity of the extract has been reported as well, although not very well explained. Our aim is to find the different compounds contained in jatropha that are responsible for the different activities.

Complications start with the literature searches. Whilst the literature agrees that phorbol esters are found in jathropa, there is disagreement about whether to find them in the extracts or in the cake. Furthermore, the anti malarial activity is reported several times, but without detailed description of the extract methodology or active compounds. Hence we started our work with our own extracts.

According to the GC-MS spectra, the major compounds found in the extracts are: Oleic and Linoleic acids (both fatty acids), 1,2,3/4-Trimethylbenzene and Squalene. None of them are reported as having biological activity. Hence, our first extracts did not reveal any compounds that could be responsible for the biological activity reported. 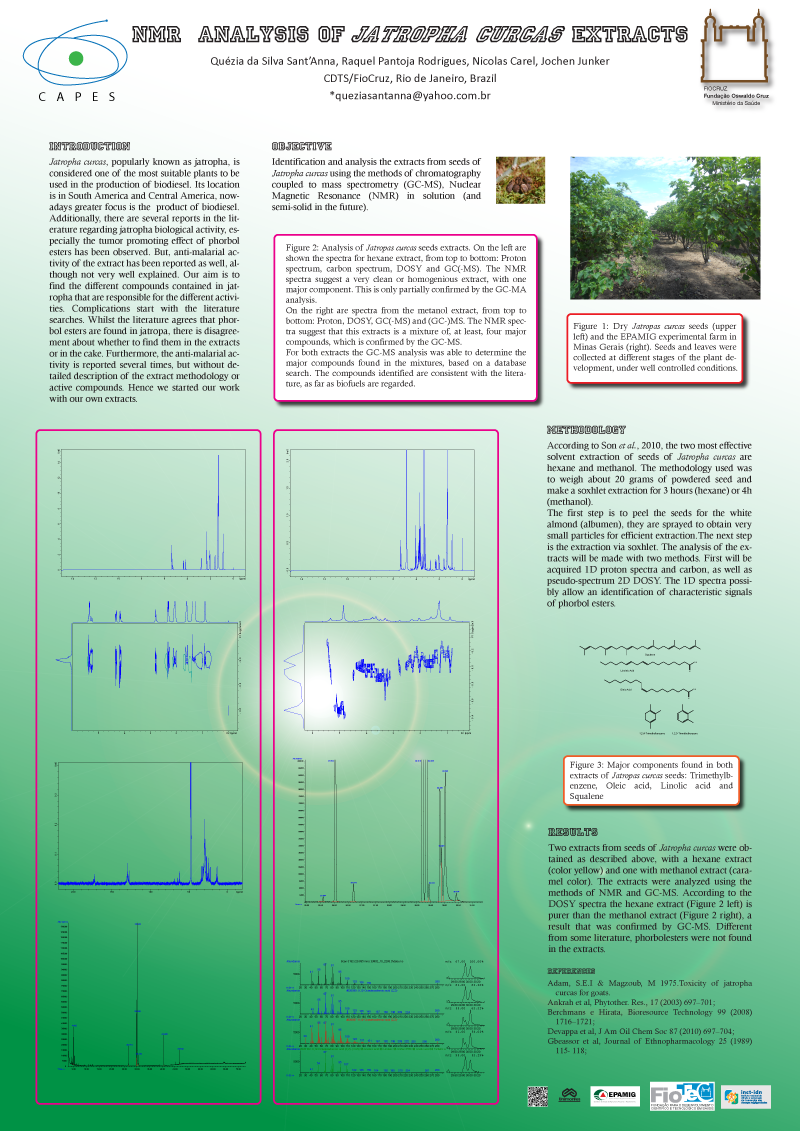