With NMR towards new diagnostic Methods for Dengue.

Dengue is a viral disease that is quite common in tropical countries. The diagnosis of Dengue is done by eliminating other possible causes of the observed symptoms, a direct antibody diagnosis becomes possible only after several days into the disease. Hence, for the ﬁrst days, a patient is either not treated (not strong enough symptoms) or treated ”on suspicion”. A method for early identiﬁcation of Dengue is desired.

The blood is the main means of transport inside the human body, not only for proteins (like antibodies), but also for small molecules. Due to changes in their metabolism, infected cell could be producing different secondary metabolites, which will show up in the blood plasma. This changes should appear quickly, faster then antibodies. Blood plasma has been extensively studied by NMR [1, 2] and many small molecules can be associated to certain NMR signals.

In our study we have analyzed blood plasma from health and infected subjects using proton NMR. The samples were all filtered with 3kDa filters, freeze-dried and re-suspended in D2O. The resulting 1D NOE spectra [3] were then subjected to an extensive Principal Components Analysis (PCA) [4,5,6], in order to obtain a differentiation. Signal ranges that showed significant changes within the same group were excluded for the PCA, as well as the glucose signals were excluded.

The first change that we can assign is the change in the arginine signal. Arginine is associated with the normal immune response of the body[7]. We hope to be able to identify further signals and to refine the list of compounds. 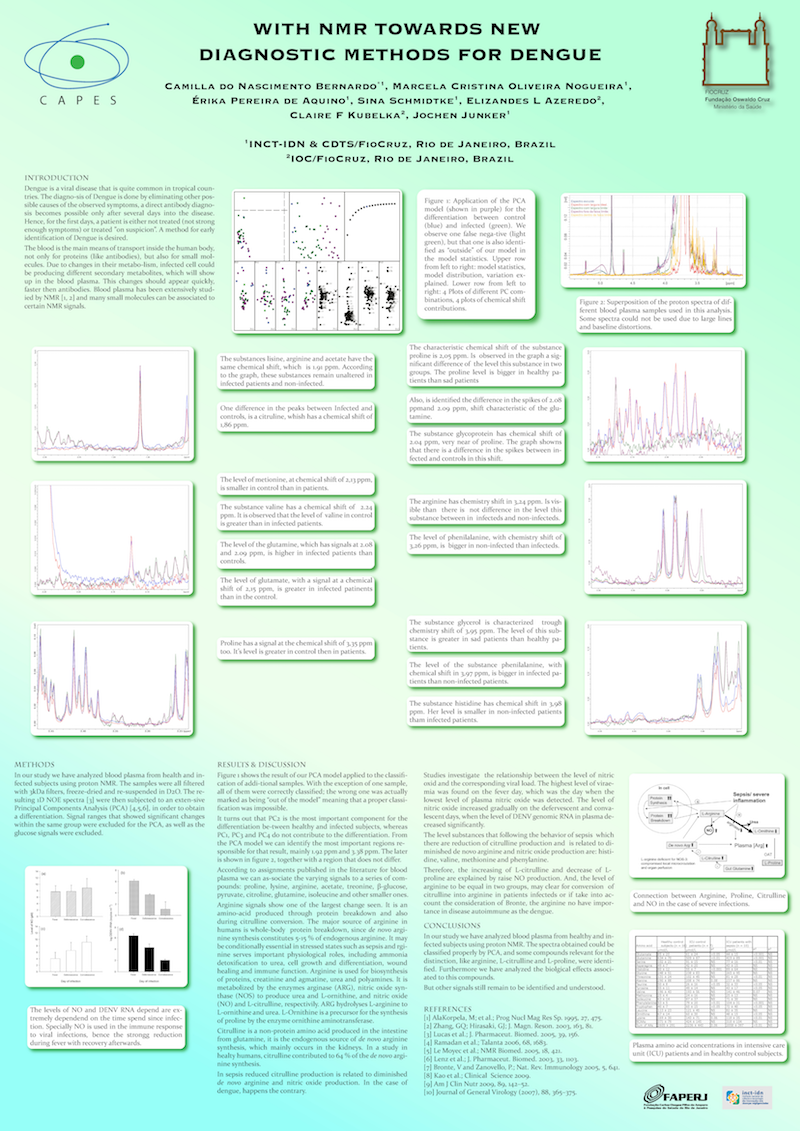