Caffeine (1,3,7-trimethylxanthine, C8H10N4O2) is a well-known alkaloid, which was characterized originally by total synthesis. In total, only 8 of it’s 14 heavy atoms are carbons, which dramatically reduces the number of possibly observable NMR correlations. In this special case actually, no COSY or 1,1 ADEQUATE correlations are observed. This turns this molecule into an special cheallenge for NMR.

The analysis of theoretical caffeine NMR correlation data reveals 2 constitutions that are compatible with the complete correlation dataset. Both differ only in the positions of 2 heavy atoms (that are switched). The inverse analysis with the theoretical NMR correlation data set from the alternative molecule also includes caffeine in the solution set, which is favoured by the molecular modelling filter. The only major difference between the two molecules is found in the predicted 1H spectrum, which has a CH3 signal at 2.3 ppm, compared to 3.7 ppm in caffeine.

Overall the theoretical analysis of caffeine and a proposed structural alternative shows only a small difference in the predicted proton and carbon NMR spectra of the alternative. Additionally, the the predicted 15N chemical shifts for both molecules are also very close, so that an easy distinction seems to be very unlikely.

Finally, the theoretical correlation data analysis of the alt-caffeine also comes up with caffeine, rated better by the molecular modelling component of our structure generator. Hence a clear distinction between the two by NMR alone seems very unlikely. Until now the only possibility seems to be that alt- caffeine should have one 1,1,-ADEQUATE correlation, whereas caffeine does not have any of them.

No literature references were used for this poster: 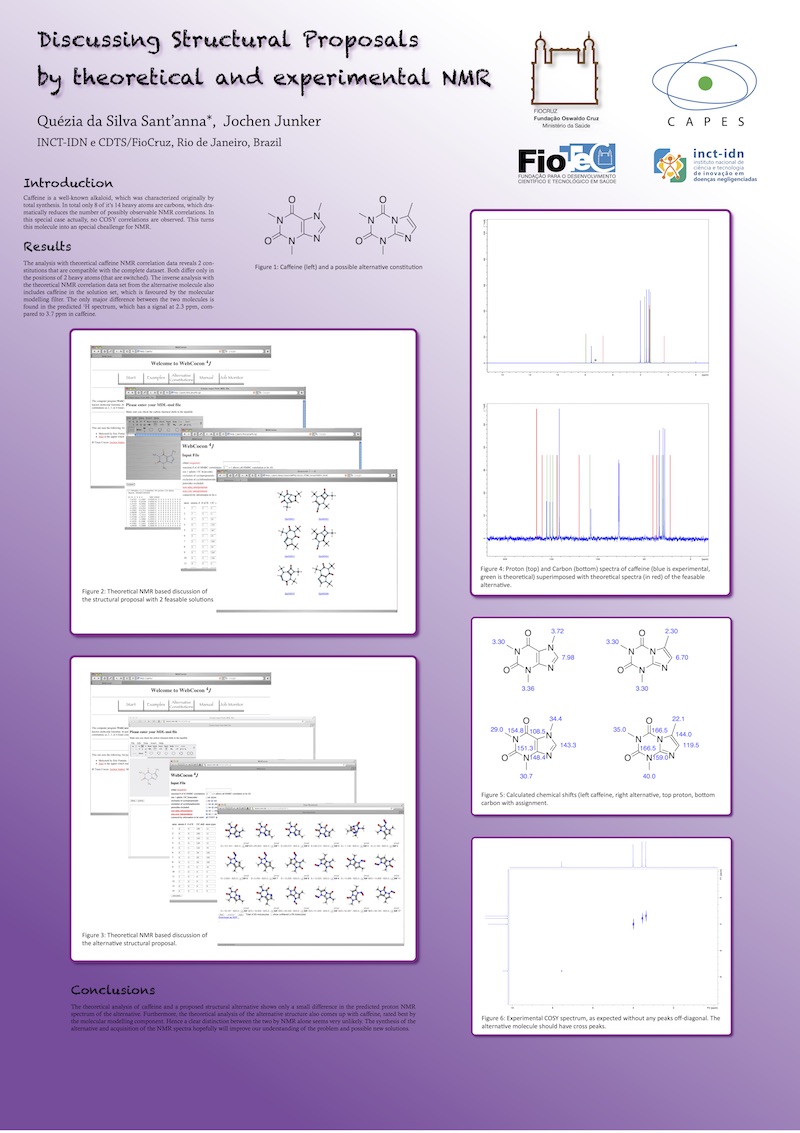