Structure Elucidation from the ”other side”: How well can a Constitution be deﬁned by NMR?

The poster discusses the use of theoretical NMR correlation data in order to see how far NMR correlations could describe a molecule. In this case a molecule is submitted to the WebCocon Server, which will generate theoretical NMR correlation data together with some list-based 13C chemical shifts (just enough for the rules that Cocon uses). This data is then submitted to Cocon, which should, at least, reproduce the starting molecule. Frequently NMR correlation data will not be enough to fully define a constitution, in this case the suggested alternatives could be used to narrow down how the structure can be better defined. Sometimes just calculating 13C chemical shifts and comparing them to the experimental values can be enough.

Several examples are shown to illustrate this: 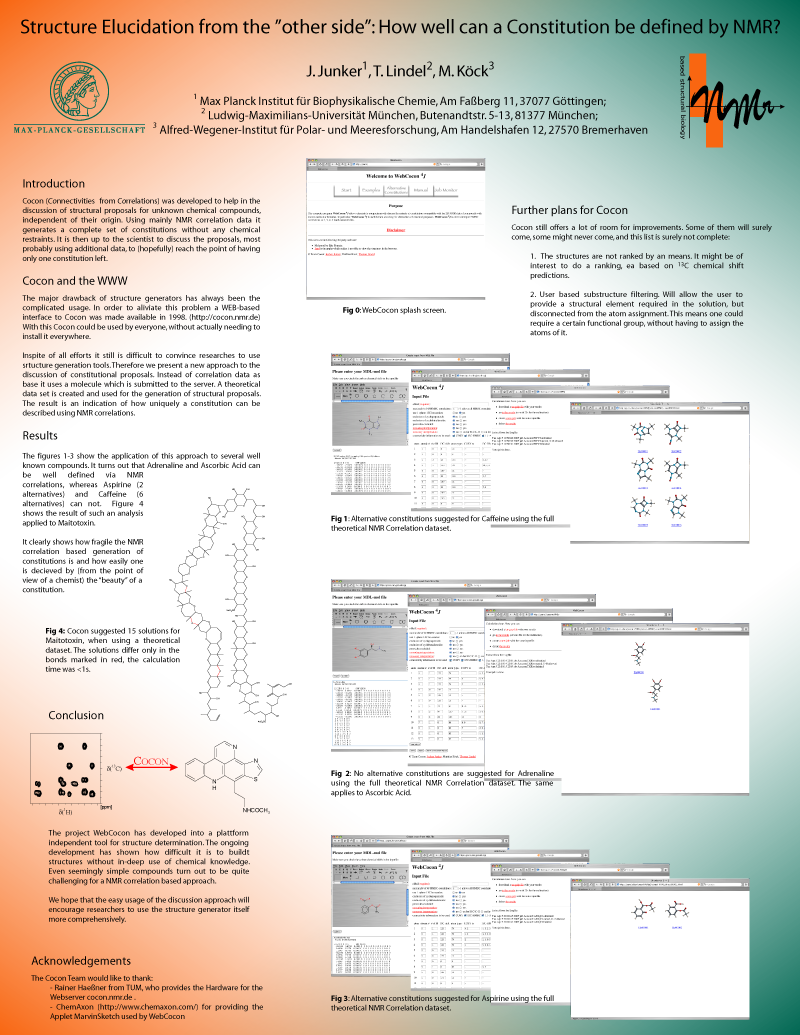